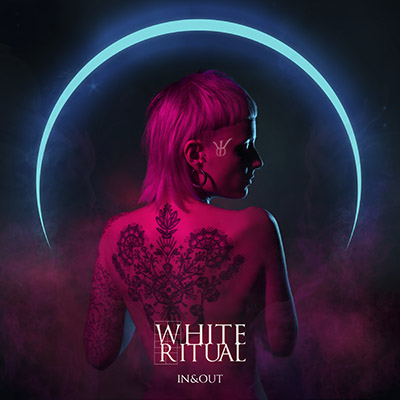 The WHITE RITUAL’s mission: to enchant the alternative electro world! Their bewitching debut album 'In & Out' is out now!

Wicca, Mysticism and electric atmospheres. This is what WHITE RITUAL stands for. Shaking up the french electro scene landscape is WHITE RITUAL's main quest! This darkwave foursome from Strasbourg sweeps away the stereotypes that restrict their musical vision of the 80s goth scene. Breaking old cliches of the darkwave scene, the French band with industrial, altpop and witchhouse influences takes inspiration from renowned artists such as KILLING JOKE, FKA TWIGS and CHELSEA WOLFE and mixes these with their own thrilling beats and melancholic melodies. Their lyrics dive into the complexity of human nature, life, love and death. A storytelling journey filled with mystery and magic.

Their new album 'In & Out' is the perfect example of their musical brilliance. The first song on the tracklist called 'Isis' immediately puts you in a dream-like state, in which you follow the whispers of frontwoman Coralie Setan into another world. The world of WHITE RITUAL. 'Light Glass' is an ode to the inevitable. The inevitable end of everything. The haunting vocals and melodic synthesisers support the deep lyrics and bring the song to life.

The very catchy gothic rock ballad 'Blue Shadow' pulls you out of the melancholia with a THE BIRTHDAY MASSACRE touch and onto the dance floor with a duet of strong growls and mesmerising siren chants. 'In & Out' being the title song to this album, grows from beautiful synths and a dark atmosphere into a grand finale of heavy guitar riffs and big beats wrapped in strong lyrics about a toxic love affair. A thunderbolt of upbeat energy fuels their songs 'Live Again' and 'Head of Fire' making them the industrial rock party treats of this record, a must listen for all NINE INCH NAILS, PERTURBATOR and CARPENTER BRUT lovers! 'Under the Veil' becomes the enchanting epilogue to the album, combining every element used in the previous songs to create the perfect ending to the story.

Become a part of the WHITE RITUAL’s magnetic world and surrender to its mysticism!