The most evil cats of the darkwave & industrial scene are back with a new EP & video!

“Nightness” is multi-faceted, catchy and dark at the same time. It's all about darkness, death and dark fantasies.

The song "Dark Siren" describes a lonely siren who, lost in the depths of the ocean, waits for her great love in the form of a sinking human being. It is the sad dichotomy between the desire to put an end to all this loneliness and her longing on the one hand, and the unbroken hope that one day someone could come down to her. She is a tragic, sad figure, but one who deserves her very special admiration.

With the song "Morticians", CATTAC have for the first time a lyrically somewhat funnier song in their program, which deals with the brave job of our undertaker.

With the song "Forgive My Sins" is about a desirable encounter, which through its merciless, seductive nature forces you to confess willingly and to throw off any "old ballast".

Let's jump all together into the night, but don't forget: at night all cats are not grey, some of them are dark... very dark...

Get the "Nightness" EP now on

Dear synthpop lovers, darkTunes is more than proud to present you this wonderful new hymn and its strong message from our duo BLACKBOOK from Switzerland! Enjoy, and be ready to push the replay button!

Galicia, Spain-based American synth and electronic artist CZARINA (styled as C Z A R I N A on all platforms) unveils her latest Darkwave and Baroque Pop Single, Medusa. Based on the ancient Greek mythology about the legendary serpent-haired gorgon, Medusa is a song about time eventually unraveling all hidden truths from beginning and the end - “the Alpha and Omega.” According to the myth, Medusa was once a beautiful maiden wrongfully punished by the warrior goddess Athena after the ocean-god Poseidon defiled Medusa in Athena's temple. Athena transformed Medusa’s beautiful hair into horrible snakes and her gaze that turns men into stone. Throughout history, Medusa has been associated with monstrosity which CZARINA sings with cynicism, “Cuz I’m the predator, I’m predator,” even though she’s the true victim in the ancient myth. In today’s culture, Medusa has been retransformed into a powerful symbol of feminine rage which the track celebrates.

Written, arranged, performed, fully produced and recorded by CZARINA, Medusa is an eclectic mix of ‘80s goth and darkwave, heavy-hitting club banger soundscapes mixed with ethereal qualities of a simulated chamber orchestra and a full-scale choir performance by the artist. Von Hertzog of The Social Club (Reading, PA), provided additional atmospheric sound designs, along with mixing and mastering. All of CZARINA’s cover art and visuals are conceptualized and created by her and her husband, the artist DeadlyKawaii. Medusa and its accompanying music video will be available across all platforms on December 2, 2021. It is the third single from CZARINA’s highly-anticipated sophomore full-length record, ARCANA, due early 2022

CZARINA is Vero Faye Kitsuné, an award-winning electronic musician, producer, songwriter, filmmaker, creative director, designer and visual and performance artist. She is known for her multi-disciplinary approach that combines transcendentalism and new age mysticism with her love for futurist culture, cybernetics, biomechanics, ancient artifacts, mythology, folklore and the discipline that comes with her Budo martial arts training. 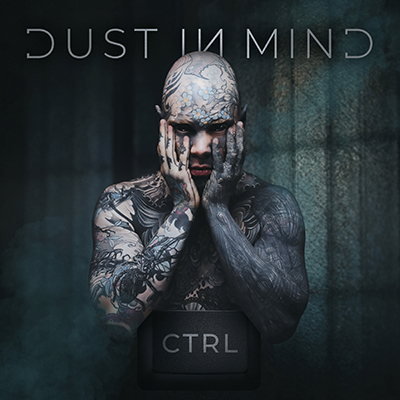 Big up to Liam Spencer of  Echelon Talent Agency for the booking!

Here is the second single "Hollow" of the hottest upcoming album of the year: 'Volcano’ by FALLCIE!

Thunderous growls meet intense and clean vocals within the music of the Russian female fronted extreme metal band FALLCIE. Get ready to bang your head hard and enjoy this more than great music video!

Get the new single "Hollow" and preorder the new album now on: