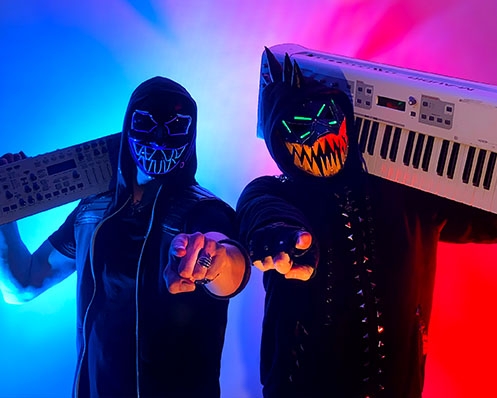 This french DJ and producer from Germany decided to unleash a monster of electronic beats: BASSZILLA!

Started in 2014, the beast already began to conquer the dance floors of the german club and festival-scene with merciless and hard tunes, which - even in the same year - ended up in a headlining show at the Pley!-Festival together with stars like Westbam, Gayle San etc. Only short time after that, a gig with Niels van Gogh followed on the festival-success, such as many gigs across Germany and France.

With a very unique mixture of EDM, acid, nu-rave and death-electro BASSZILLA released his first EP in May 2014 which was released and distributed digitally by the label darkTunes Music Group and carried the music out of the clubs right into the private hifi-systems and car radios of the people out there! He released several « BEASTMIX » 1 hour live DJ set recordings which are as free download on iTunes and soundcloud.

Mankind seems to fail in stopping BASSZILLA with conventional weapons of reason and calmness, since the beasty beat is not an ordinary one: It's a massive music making monster!