Who's that little girl? Deadly smile & black eyes, Where she goes, she brings the plague!

The 6th single of EXTIZE's upcoming concept album MONSTARS is OUT NOW!

Sensorial Darkwave made in France!

The second single of the upcoming debut album "In & Out" of WHITE RITUAL is OUT NOW!

Shake up the French electro scene landscape: this is the mission of White Ritual. This darkwave foursome from Strasbourg sweeps away the stereotypes that restrict their musical world to the 80s goth scene. In tune with the now, the sounds of WHITE RITUAL offer up an alternative to the old clichés thanks to an impressive musical cocktail that mixes vocals, synths, guitar and drums.

Get the new single "RUSH" now on: 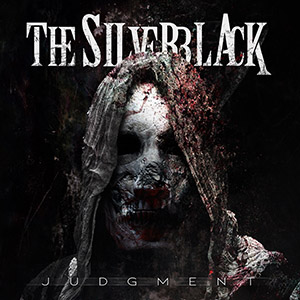 "Judgment", the fifth full-length album by industrial metallers THE SILVERBLACK, marks a substantial evolution in the band's sound, focusing more on aggression and heaviness if compared to the previous records, without forgetting the usual dose of catchy hooks and haunting melodies the band is already known for.

The pounding title track opens the album with its bone-crushing rhythm and cinematic atmospheres featuring guest vocals by none other than iconic former FEAR FACTORY singer Burton C. Bell that delivers and incredibly strong and inspired performance gifting the song with an amazing chorus. The title track is quickly followed by another two ragers: “Punishment” and “A Lifetime Ago”. Both tracks hit the listener hard balancing aggressive parts with more melodic moments, written with the clear purpose in mind of being absolute live-crushers these two songs represent exactly where the band feels comfortable being at the moment.

“Chasing Ghosts” brings back some gothic elements to the band's sound, with Infernalizer (born Claudio Ravinale, also known for being the vocalist of melodic-death metal veterans DISARMONIA MUNDI, featuring SOILWORK’s singer Speed Strid among their ranks) switching from the harsh growly vocals showcased in the previous tracks to a deep crooning voice in the vibe of TYPE O NEGATIVE and MOONSPELL.

“Chrysalis” develops into a shape-shifting industrial metal interlude before the bleak assault of “Damaged” hits the listener straight in the face with its feral vocals, cyber synths and crushing rhythm section. “Nocturne” is probably the lightest moment of the whole album featuring heavy retro-wave influences, theatrical gothic vocals and a huge chorus while “Reality Check” hits hard again with its pounding assault.

“One Last Nail” delivers the last handful of industrial metal kicks in the face supported by a more rock 'n' roll influenced groove before the forlorn melancholy of the almost-ballad “Into Null” closes what can be considered the darkest and heaviest THE SILVERBLACK album to date.

Get "Judgement" now on:

Dear synthpop lovers, BLACKBOOK unleashes their new single "Emergency Love" and their new music video! Be ready for a fireball of emotions!"

Get it now on https://bfan.link/EmergencyLove and on all streaming and download stores!

Dear industrial and gothic metalheads, THE SILVERBLACK are back with the second single and video "Chasing Ghosts" taken from their upcoming album "Judgement" which will be released on June 10th. !

Get ready to bang your head harder than ever before, cause the Italian Industrialcore masters come back louder than ever and will have a lot of surprises on this album, like a featurin with BURTON C. BELL (co-founder and former frontman of FEAR FACTORY)!

Get "Nocturne" and pre-order the new albumnow on: